A new section of the blog opens today: Android applications on the Play Store on offer with large discounts or completely free for a limited time.
As always on InTheBit.it we are careful about saving when possible and when it's worth it.

The first application that we want to introduce you today is actually a well-known app, downloaded by millions of users and that 99% of you will most likely have already tried at least once: we're talking about Nova Launcher, the famous Android launcher; if we were to mention at least one advantage of this launcher we would certainly focus on the customization aspect. Nova is in fact one of the launchers that allows you to modify, adjust and configure at almost any aspect of the home and drawer, which are the two main components of each launcher. 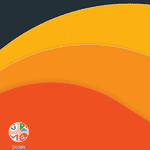 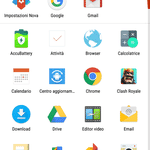 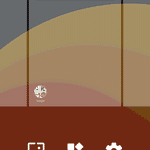 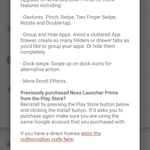 Some options and features need the Prime version

Nova is offered on the Play Store in two versions: a free and a paid version, the Premium. Obviously, the free version has some limitations that - although not at all affecting everyday usability - limit the degree of customization. In addition to these we also have two support applications: Tesla Unread (which allows you to have the badge with the number of notifications to read on the app icons) and Nova Companion, the latest arrival, who brings the page Google Now on Nova Launcher (the Google Now page is the one active in Launching Android Apps e Pixel Launcher, the two official Google launchers).

We would love to talk more about Nova Launcher, about the different and more varied customizations that allow you to implement, but - as mentioned above - we are sure that you all know this launcher well; since we would never want to waste your time we therefore prefer to briefly summarize - as a list - the main features and functionalities

This list is only a brief summary of the many and many options available in Nova Launcher; on the other hand if this launcher has become perhaps the best known among the many available there must be a reason! 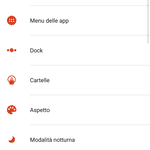 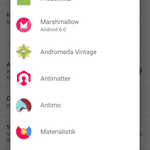 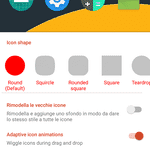 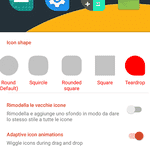 And finally we come to the promotion: as mentioned, Nova Launcher is available for free with some features and options locked; buying the application Nova Launcher Prime (which then is nothing but a licensed app, so it does not replace the other but supports it) you will unlock everything and forever, without needing further future purchases; normally the full version costs well € 4,50 but it is offered in promotion up to 2 January 2018 for only € 0,50!

If you don't know Nova Launcher yet, if you don't have the full version but only the Free version we suggest you take advantage of it because sooner or later it will come in handy!

We also remind you that as with every purchase of apps on the official Play Store, you can request a withdrawal within 2 hours of purchase, but only once (if you buy an application a second time, you cannot withdraw, unless Google is moved) at pity from your words, it could happen).

In any case let us know in the comments what you think, if you are well, if you have already tried it in the past, if you are insecure, if blah blah blah, everything you want!

We will meet again soon with a new application on offer! Meanwhile, we warmly greet you and wish you happy holidays!

A backpack full of selected gifts!

13 Icon Pack for Android become free on the Play Store!