Android emulators: the best to use Android for PC

- Android emulators serve precisely to emulate Android on the Computer and they can come in very handy if we wanted to try or use applications and games directly on the computer, rather than on an Android tablet or smartphone.

At the same time they are useful for those who own a device iOS, but do not want to miss apps and games on the Play Store, without forgetting finally developers, who can test them directly Android app on PC, without transferring them to your smartphone.

Using computer hardware, an Android emulator can achieve much higher performance than a mobile device. Some of them have a really interesting function to map the touch commands, transforming them into convenient keyboard commands and thus allow us to enjoy the best Android games directly on the PC.

There are so many emulators, but will they all be up to it? In this guide I will analyze the best one by one to make you notice the performance and qualities of each one, so you will know which one to choose with your eyes closed. Each emulator featured in this guide comes with Play Store - but you can still install alternative Android market -, finally they are free and available for various operating systems; I will specify compatibility for each.

Premise: if you have a PC with technology Nvidia Optimus, or similar, it is important to manually set the choice of video card for each emulator for the best performance.

Attention: some applications will run well with the integrated graphics card, others with the dedicated one; so you may need to make a switch based on the app to use.

1. NOX: the best around to play

NOX and the best Android emulator in circulation, able to perform any action, especially if we want to use it for the Gaming. It's based on 4.2.2 Android Jelly Bean with active root permissions and has a good customization of the settings: it is possible to set the number of cores to be used, how many GB of RAM, the screen resolution and the PPI, the simulation of sensors, etc.

The interface is that of Android stock, without any customization, to which one can simply add a launcher. Among the various features we have the ability to: share files with our Windows operating system, make immediate screenshots and capture video, set a different device name, install apk, install applications on the phone via USB, rotate the screen, exploit a fictitious GPS position to our liking and finally use the application in full screen.

It was designed to play any Android game well, even those shooter, since NOX provides us with an excellent mapping of both the keyboard and mouse keys; during the game it is sufficient to use the appropriate menu of key mapping and assign a key for each touch control present on the screen: it will be possible aim with the mouse, emulate the pad for movements, simulate theaccelerometer and swipe and set an unlimited number of keys.

The cool part about this feature is that the settings will be saved for each different game, and you won't need to reconfigure from time to time. In short, the best emulator if you want to try android on your computer. 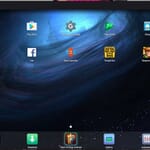 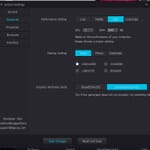 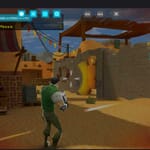 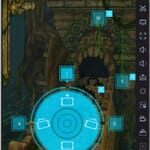 2. MEMU: identical to NOX, or almost

MEMU it is one of the best Android emulators and I would have put it in first place if it hadn't been for the rather frequent crashes and the slow startup with a dedicated graphics card active (but it could depend on my PC). For the rest it is equal to NOX. I dare to say that one of the two manufacturers has copied the other, because they both offer the same functions and the interface of the two programs is very similar, moreover they have the same incompatibility with the same identical apps.

However NOX wins hands down for the surprising fluidity of startup and management, in the emulation of the games, in the navigation and for everything else. MEmu, on the other hand, has the possibility of turning on Android Lollipop 5.1.1 (still in beta) and is set to Italian globally. 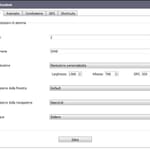 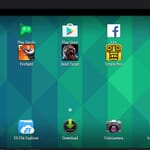 To install MEmu, visit Official site. If you want to install Android 5.1.1, download the basic version first and then the beta of Android 5.1.1. Who download and instructions to launch it.

3. Droid4X: it is fluid but still in beta

Droid4X, like MEmu, is similar to NOX as for the functions he offers, but not at his own height for various reasons that have not convinced me. Droid4X is also based on 4.2.2 Android Jelly Bean.

First of all, the interface is customized and divided into three parts where we find: the recommended apps (not available in Italy - fortunately), the installed apps and the Play Store. Secondly, it is only available in English and Chinese, therefore without Italian. In spite of this, Droid4X can also be installed on devices in the future iOS (so they say), then on iPhone e iPad.

A positive note for Droid4X goes to the lightness but also to the fluidity with which the applications run, a step above the previous ones. However, despite the great similarity of settings and functions, the key mapping system leaves something to be desired; it is quite similar but with not inconsiderable bugs, which very often cause both aiming and movement control to be lost; goes well with other game genres, but not with shooters.

However Droid4X it is still in beta and looks promising. Like NOX and MEmu, this emulator has a system to clone existing sessions or to create new ones, which is useful for managing different accounts, configurations and apps. Finally, Droid4X has an interesting application for Android and iOS that allows you to use your device as a controller. 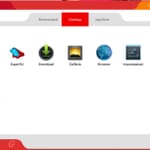 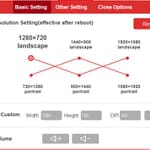 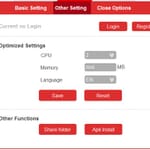 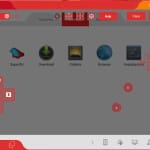 4. Windroye: the configuration will make you freak out

Probably one of the lightest and most fluid of all the ones I've tried, but it will make you lose patience for the first setup; you can choose whether to install it in English or Chinese, but also by choosing the first language, at the first start it will all be in Chinese!

Therefore, among the various languages ​​available to the Android system is Italian if you know the way - or helping you with another device - in a few minutes you will have a good emulator in Italian.

The part that makes you lose patience comes later, at least in my case, and concerns the configuration of the Google account:

and so on… an interruption of chain processes which took a long time, but after deleting the Play Store and Services data for a dozen times it finally started working. 🙂
As for Droid4X, the key mapping has some bugs in shooter games: the plugin that simulates the aim with mouse is not perfect and goes to "overlap" with the movement plugin. 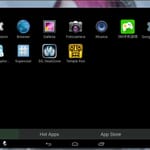 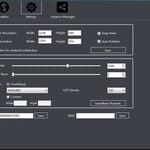 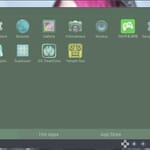 Andy, passed off as "the best", among all those proposed it is the heaviest emulator but at the same time with fewer functions and with a good amount of bloatware, so much so that the size of the download file is greater than 400 MB, as opposed to the 200-300MB of other emulators.

Andy it's based on 4.2.2 Android Jelly Bean and after the start it starts, annoyingly, to show us updates for the pre-installed apps and various advertisements. It supports key mapping but only by installing the extension Aurora keymapper. Unlike all the others, I couldn't try Andy for more than 5 minutes because he was boring me 😀

ARC Welder is an Android emulator "masked" by a Chrome extension. It does not have a real graphic look, nor Google services, nor applications; is a simple, simple extension that only allows you to launch applications using the apk present on the PC. Once installed it is found by visiting the Chrome apps at: chrome: // apps / 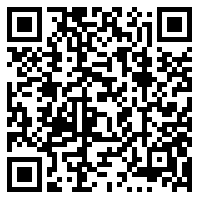 7. Bluestacks 2: how many bloatware?

Bluestacks 2 it is one of the most famous Android emulators, but honestly for me it is among the worst. Some time ago I spoke of the previous version, much simpler and cleaner, but the new version is full of advertisements, with quite confusing custom graphics, which highlights dozens (maybe hundreds) of recommended games.

Bluestacks is not entirely free, in fact it will often ask whether to subscribe or if, alternatively, to install the applications and games offered, without escape. Finally, this version of Bluestacks is integrated with Twitch, a social network where you can broadcast your gameplay in real time. 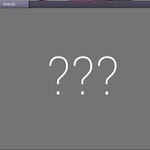 After a few starts, he didn't want to know anymore and this is the result… advertising works however 😀 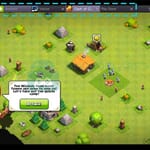 All those seen so far have more or less been designed for gaming. NOX and MEmu in this case - and in my humble opinion - are the best because they also fully support shooter games and have integrated an excellent plugin to simulate theaccelerometer.

However, it is obvious that not everyone is interested solely and exclusively in gaming; in this case it is possible to use an operating system designed for PC based on Android. It is the case of Remix OS, a very light operating system, compatible with most hardware and specifically designed to carry Android on most computers.

Remix OS can be installed on USB pendrive, to start it from any PC, or next to Windows. In the first case it is good to have a flash drive with a fairly fast read and write speed.

Another method to install Android for PC on any Operating System, consists in the use of the virtualization. It probably won't come out the best Android emulator, but you can still take full advantage of it VirtualBox to create and use multiple virtual machines based on Android but also on other operating systems. We talked about it in several articles:

Finally there are others, but they are more suitable for developers: I speak of Android Studio available for all operating systems, Xamarin, available for Mac and Windows e Genymotion, able to emulate many Android tablets and smartphones, with different versions of Android, including Android 6.0 Marshmallow; I didn't put it on the list because most of the features are reserved for the paid version.

For a better experience, and if you want to try Android on TV, I suggest you take a look at Android TV box.

Did you know all these emulators? What's your? Let me know with a comment 🙂

How to discover a private number