You miss the old games of yours Nintendo DS? Maybe you want to replay one of the many versions of Pokémon but you don't have the console? No fear! Thanks to the emulators it is also possible to play it on AndroidSo let's not get lost in small talk, let's see which are the best NDS emulators for Android.

There are DS emulators for both pay and free. As for the paid ones, the best is DraStic DS Emulator, is on the Play Store a 4.49€ and can be downloaded here. Who instead you find the trial version, very limited, usable maximum 30 minutes.

I have tested the free ones, with which I found myself more than good; however it is important to have an Android smartphone (or talbet) with good hardware features, in fact they are required minimum 2 GB of RAM so that the games run well. If your device does not meet these requirements, you can still try them by changing some parameters from the settings; we will see later how to do it.

It must be said that the three free emulators I tried are very similar to each other, almost identical. On my OnePlus One they all have the same performance; some differences are found only at the graphic level (application graphics, button graphics, etc.) and in the advertisements within the app: otherwise, I repeat, they are identical, so the same applies to all.

I tried: “NDS emulator for Android”, “NDS Boy! NDS Emulator ”and“ nds4droid ”. Before we see their functions, here are the download badges. The first is the one with the least advertising. 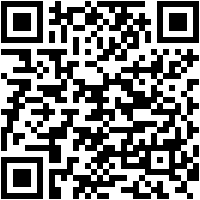 The app was not found in the store. 🙁
Go to store Google websearch

NDS Android games: how to start them

Playing is very simple. After installing one of the apps listed above, you need to get the ROM of the desired game. For various reasons I cannot link to any site, but a quick Google search is enough. For example try searching for "ROM nds" or "ROM Pokémon nds". 😉

Found the ROM, you have to download it on the Android device, maybe in the folder Download.

The ROMs will have one of these formats: .zip, .rar, .nds, . 7z
They must remain as they are, Then do not unpack the files downloaded.

Now just start the Nintendo DS emulator. This will automatically do a quick scan inside the folders of the smartphone and then list all the games. If it doesn't find them, you can navigate through the folders and open them manually.

ROM in the smartphone archive

As you know, the Nintendo DS is made up of two displays: the first, the upper one, is where the game is displayed; the lower one offers extra controls thanks to the touchscreen. The same thing happens inside the emulator. The smartphone display will be divided in two: in the upper half we will see the game, in the lower half the touch display and the virtualized physical keys will be displayed.

To switch between touch and virtual keys, there is a key that acts as a switch. It is also possible to change and customize the position of the keys to our liking, moving them where we prefer and set the desired opacity until they are invisible.

The settings however offer a lot of customization, so we can choose whether to view both screens or only one of the two, whether to enable the rotation of the display and whether to keep theaspect ratio, very useful to keep the original size of the game or to play it in full screen! In this case it could be complicated to play, since in many games the use of the second display is essential.

Main and touch display of the emulator in portrait orientation

Main and touch display of the emulator in landscape orientation

A very positive thing about the DS emulator is the compatibility with controllers: just connect it to your smartphone and it will be recognized immediately, without no configuration needed. I use a iPega controller, works perfectly and is compatible with most Android games.

The 'autosave' are available, that is the automatic rescues, for which you can set how often to save the progress of the game. Obviously there are manual saves, with 9 slots at our disposal for every game.

At the start of a game you will be asked whether or not to activate the audio; a warning will warn you that if you activate it, there may be a drop in frames, so depending on the device the activation of the audio could cause a drop in performance. An option is available in the settings for enable the microphone.

As for the video, instead, a lot of settings are available: you can choose the engine for the execution of the processes, the size of the block JIT and which engine to use for 3D rendering.

These options could then save you from too low frames per second. My advice is to leave the options as they are if the games run well and - if not - try changing the settings one by one to try to get better performance.

In the end the emulator I preferred is NDS emulator for Android for the simple fact that it contains less advertising. Let us know which is your favorite and which are the best Android NDS emulator games for you!

Where to buy PlayStation 5? Available today on MediaWorld and tomorrow on UniEuro