Flame, the smartphone with Firefox OS

Firefox OS is a mobile operating system, which has the Linux kernel at its heart and is developed using the HTML5 programming language. Firefox OS is a mobile operating system and a project, carried out by the Mozilla Fondation in collaboration with ZTE, LG, Alcatel and Geeksphone. To these is added the Spreadtrum, with which the Mozilla Fondation collaborates for a $ 50 smartphone, but that's not what I want to talk about.

In fact, today I want to introduce you and talk about the Flame smartphone.

It is recent news that announces and presents this new smartphone, with Firefox OS mobile operating system present by default. Flame is one of those mobile devices, right for testing and developing the Firefox OS operating system.
In fact, its features are not those of a top-range, but it must be said that it does the same a good figure. The same operating system is still under development and does not require many hardware resources.

The price set by the Flame manufacturer and the EverBuying.com retailer is only 128 €, including shipping. So if you sometimes bring your Flame smartphone home, all you have to do is click here. 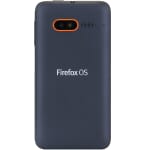 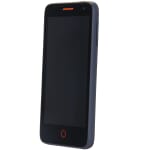 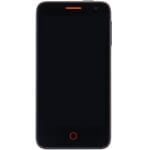 Before concluding, I leave you with two questions: